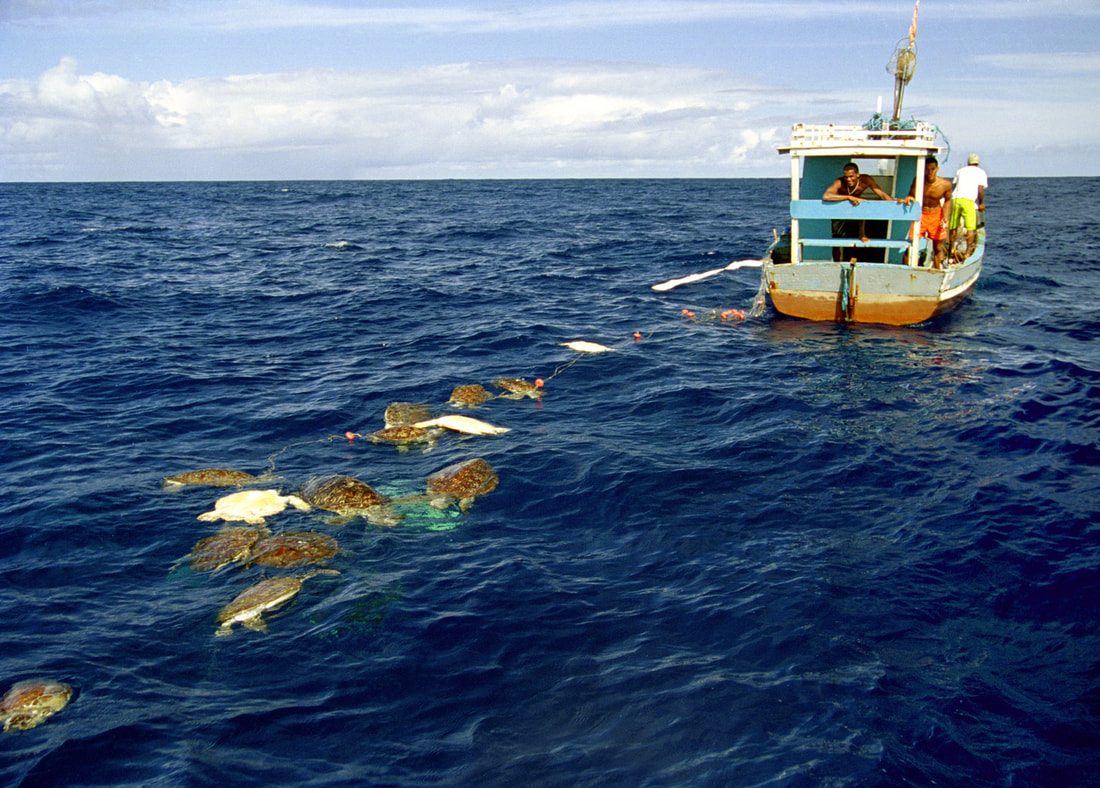 Our mission is to illuminate the fact that modern fishing practices are unsustainable, and in fact, totally unconscious. Our targets are the factory fishing fleets that devour entire species, and the multitude of pirate fisheries that illegally plunder endangered ecosystems.

In 2017 we helped create major global change right in our own backyard with our collaborative work to end driftnet fishing along the coast of California. We captured footage, up close and personal, of the grisly toll these driftnets impose on a multitude of sea animals. Our footage, and call to action, went viral in a matter of hours and rallied enough public outcry that our government agencies had no choice but to heed the call. Within weeks the California State Senate voted 32-0 to phase out and prohibit the use of the large nets. And, within a few months the governor signed the bill into law! After several years of attempts, this antiquated fishing practice will finally meet its end.
​
In 2019 we organized and stood together in protest at The Pacific Coast Council of Fisheries meeting
against a proposal to reopen the use of industrial longlines off the West Coast of the United States.
Longline fishing is a practice so destructive it has pushed sea turtles toward the brink of extinction, and
decimated many other marine populations including sharks, sea birds, and marine mammals. Our voices
were heard, the long lines remain banned. Not on our watch! Not in our waters! 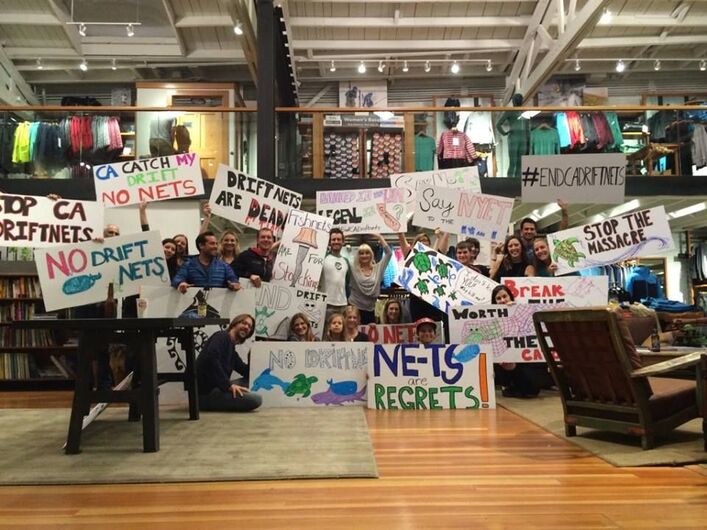